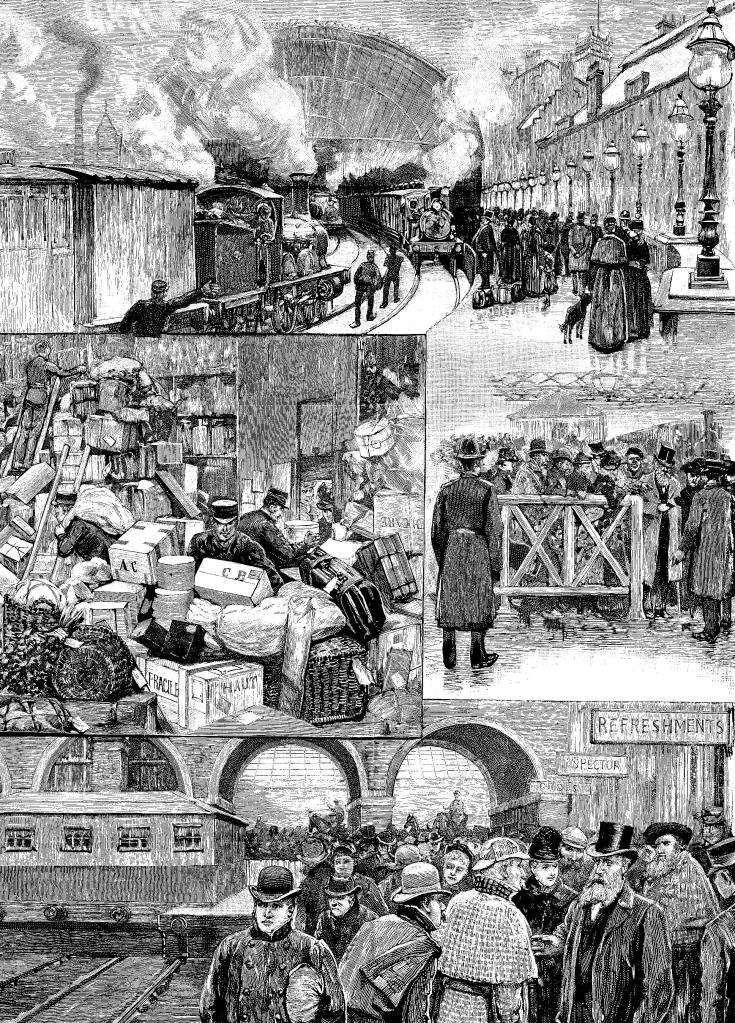 The above page comes from Jim Harter’s ‘Transportation – A Pictorial Archive From Nineteenth-Century Sources’ (1984). It’s a collection of more than 500 largely anonymous and copyright-free illustrations from a variety of American and British publications of the period. I picked it up some weeks ago from a charity shop for the meagre sum of 50p. I’ve since been delighted to find a number of pages within it that, with my comic fans hat on, look as if they come from a line of the most wonderful historical graphic novels. To my mind, the finest example of this can be seen directly above. In truth, if I’d seen this as a promo page for an upcoming comic, I’d have immediately invested in a pre-order. Isn’t it just wonderful? Understandably, I doubt that I’ve ever seen a recreation of the Victorian Era in a comic that can match it for detail or verisimilitude.

Perhaps it helps that I grew up enjoying the magnificent work of the great Filipino artist Alfredo Alcala, who is probably most familiar in the West for his contributions to comics such as Conan, Swamp Thing and Batman during the 70s and 80s. His darkly idiosyncratic and spectacularly lush style, which frequently evoked 19th century woodcuts rather than more typical 20th century comics art styles, serves as the perfect gatekeeper to these Victorian pages.

As you can see from the scan immediately above, many of what we now regard as the basics of sequential fiction were evidently well in place long before the comicbook itself first appeared. Well, of course they were. And given that fact, it’s a page that remains both understandable and compelling today. Simply to remove the eye-directing numbers from this side would be to offer up a magical example of comics storytelling for a twenty-first scripter, although the work is operfectly charming in its own right. 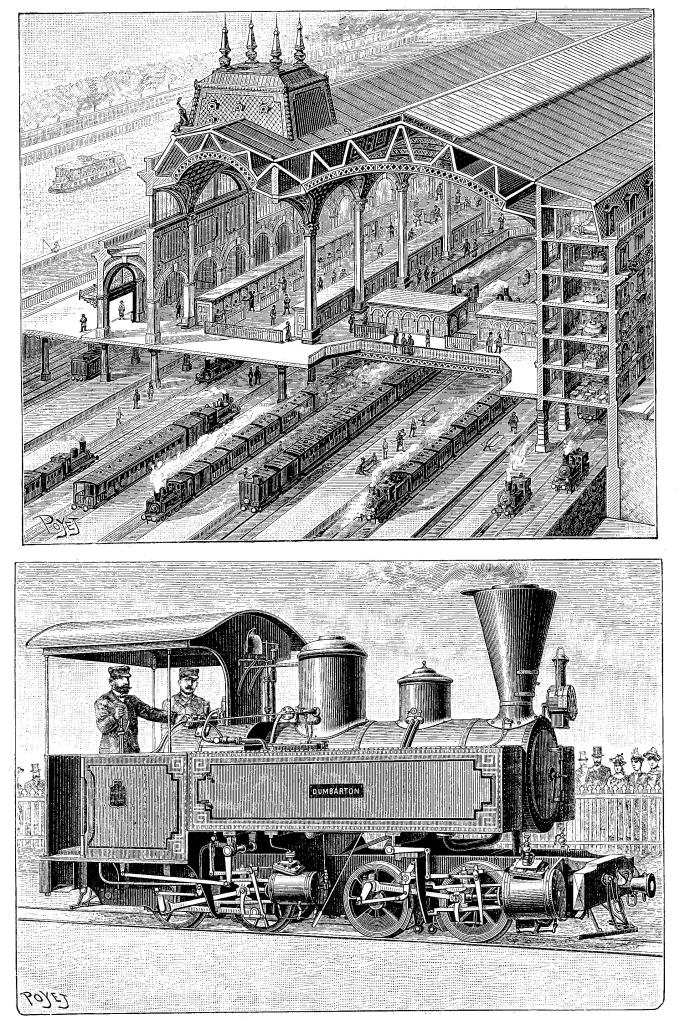 On some of Harter’s pages, separate illustrations from the same artist appear side-by-side. I have no idea whether these were originally printed in such a way, but I’m intrigued to note that the placement of two apparently unrelated images in sequence suggests a clear comics narrative. Here, we appear to be being presented with an establishing shot of a railway station followed by the first breaths of a story’s action. (A quick Google image search reveals these frames to be by the Victorian engraver Louis Poyet, who you can read about here.)

While here, the juxtaposition of two nautical images by two different artists gives the impression that a predatory, then-futuristic submarine is hunting down a hulking and comparatively vulnerable paddle-steamer.

Perhaps what amazes me most about these illustrations is how contemporary they often feel. At the very least, they appear to offer up styles and materials that could easily be put to use in historical material produced today. In the side above, which is actually half of a double-page spread, there’s a sense of time and place that’s utterly compelling. I can’t recall the last time I saw anything so fascinating in a 21st century comicbook. Perhaps in its own time it appeared inauthentic and unconvincing. Perhaps I’m just wilting under the inky glamour of lost pages and distant times. But, as so often happens, I stare at these illustrations from so many decades ago and I wonder, why don’t we do more of that today?