And so, with the new week thoroughly underway, might I present a modest and hopefully beguiling gallery of just a few of the kind of places where comics characters go to live and work? 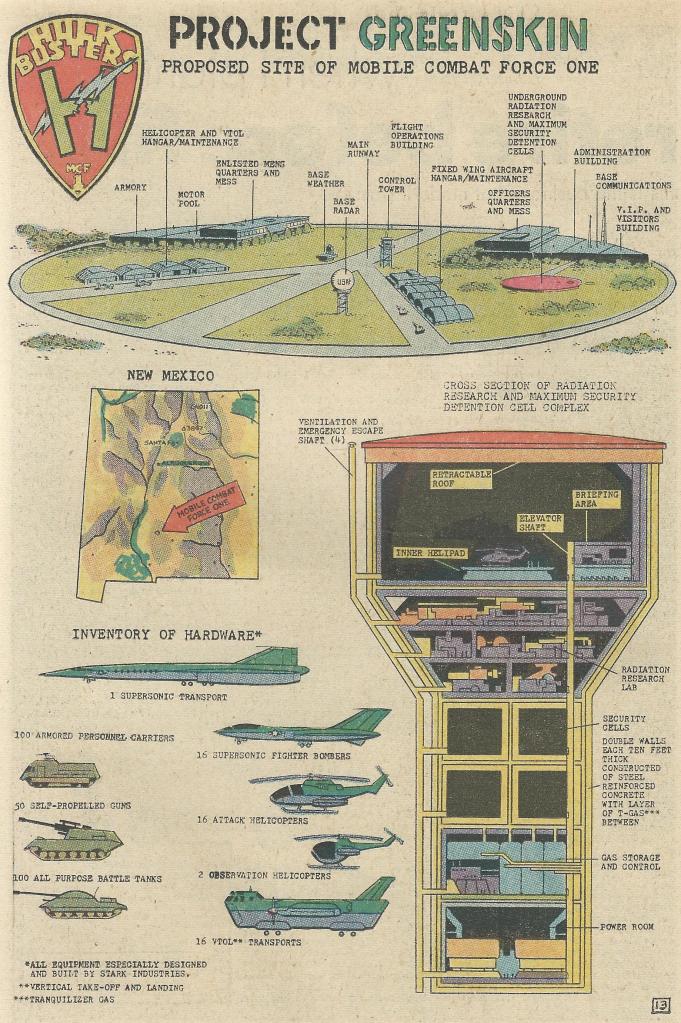 2. from 1971’s The Incredible Hulk #145, by Len Wein, Herb Trimpe, John Severin, Jean Izzo et al. With a touch of irony, the cheap’n’cheerful 2006 Marvel Essentials The Incredible Hulk Vol 4 black and white reprint of the colour original is far clearer and easier to read, so I’ve added that too. Which tells a truth about how poor the printing was in the American comics in the early 70s. It would, of course, become far worse in the middle of the decade.

3. from 1974’s Beano Book, with the art by, I think, either Robert Nixon or Tom Lavery. As I wrote on Tumblr a few years ago, the Annual ‘appears to find corporal punishment for children not just acceptable and necessary, but utterly hilarious … Perhaps most poignant from the perspective of 2015 is the page showing the kind of room Roger The Dodger dreams of having. In it, there’s “cast-iron trousers to wear while being spanked”, a “pile of cushions to sit on after spankings”, an “alarm bell to ring when Dad’s coming” along with hiding places and escape routes.’

4. the HQ of the GWA from 2016’S Glorious Wrestling Allicance by Josh Hicks. My scanner has done no favours to the original indy title’s charm, but I would strongly encourage you to check out Mr Hicks’ GWA titles here at his site. I honestly believe they’re quite wonderful comics, charming and funny and, at moments, truly touching. 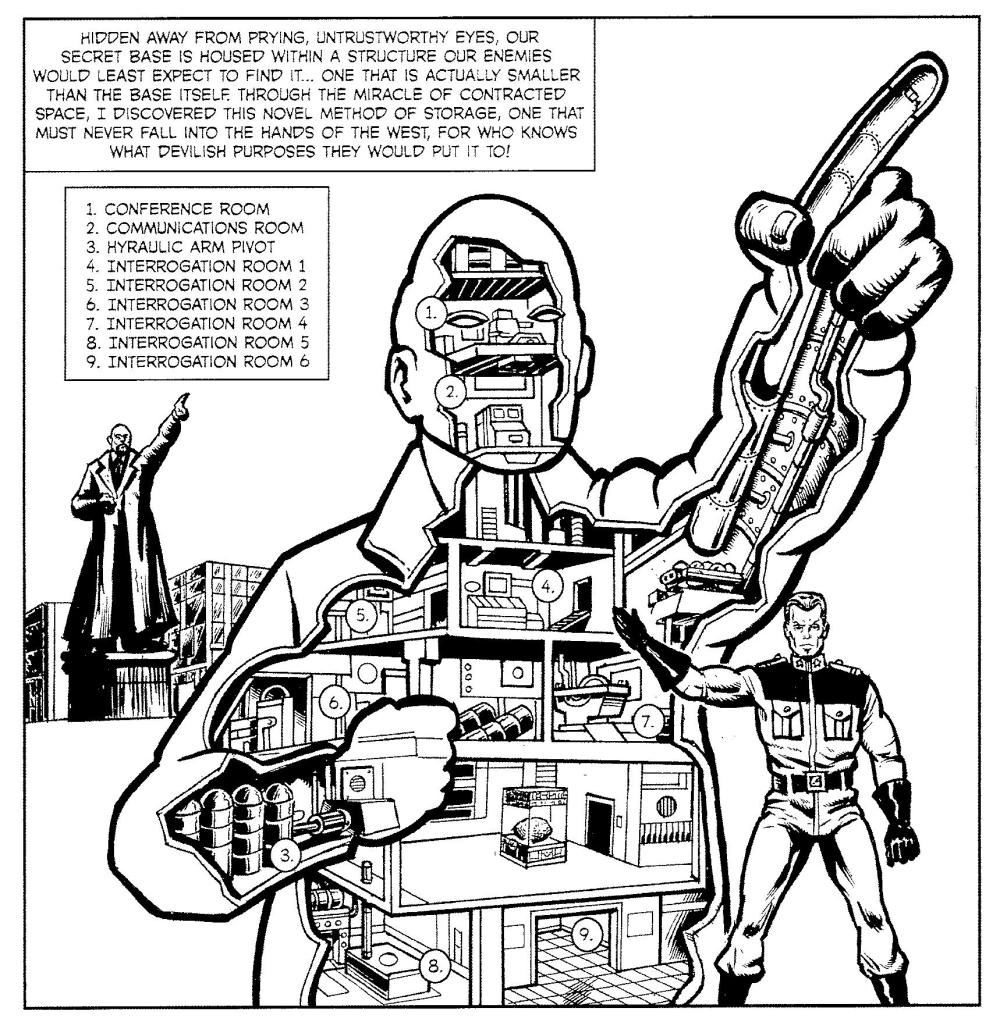 6. The base of the Siberian Six, from Compulsory: Freedom Collective, by Barr, Regan and Rorkov, a quite brilliant superhero satire that you might acquire from Rough Cut Comics here.

You can, if you’d choose, access other galleries here at Them Darned Superpeople, here.

One thought on “Secret Bases & Supposedly Secure HQs: A Modest Gallery Of The Out-Of-Sight Places Where Comics Characters Retreat To.”