Posted on December 29, 2019 by thatdarnedcolinsmith 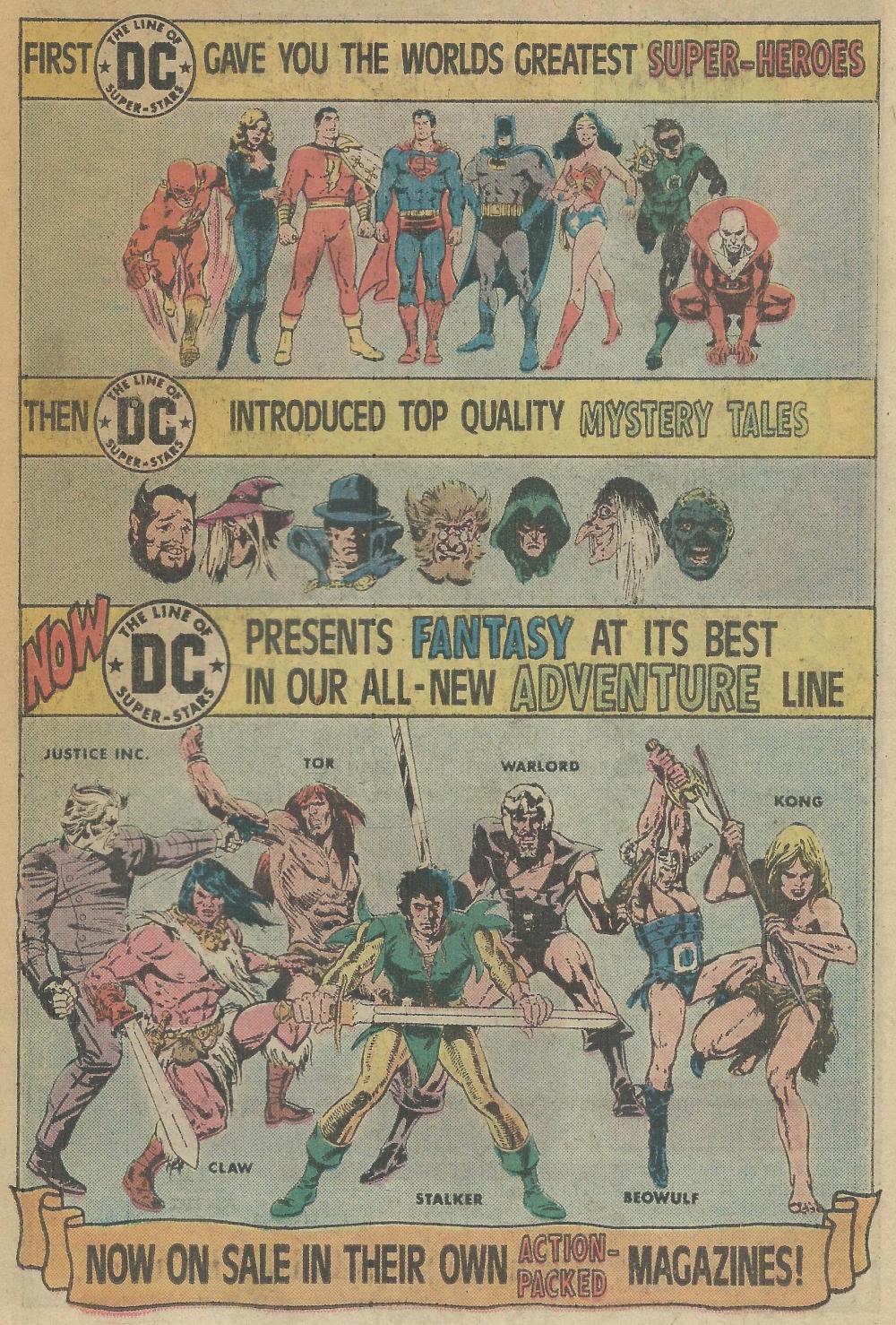 It would be wrong to suggest that Atlas Comics was the only company in its day to struggle to come to terms with America’s speedily changing comics marketplace. Yes, Atlas went about its business with such hubris and such incompetence that it had in effect euthanised itself within a year of the announcement of its founding. But everyone, or so it seems, was confused by what was happening to comics as a mass medium, by the calamitous fall in readers matched to the audience’s volatile shifts in taste. Many in the industry were profoundly concerned about the situation. In interviews, several comics creators expressed their fears that the business as a mass medium was doomed. It was a particularly despairing sentiment when expressed by young professionals such as Marv Wolfman, who were had long loved the medium, involved themselves in fandom and then graduated to paid work and industry insiderdom. If such acolytes were losing faith, what hope for more casual adherents?

Faced with changes that they struggled to understand, let alone control, America’s Big Two fought to establish corporate narratives that would advantageously define where they were and where they were headed. If individual editors, writers and artists on occasion expressed doubt and even pessimism about where the humble pamphlet-comic was headed, Marvel and DC continued to express confidence in their editorial material. What else could they have been expected to do? One example of such a narrative being spun that said little about the reality of the market while expressing a great deal about corporate bafflement appeared in DC Comic’s titles with a September 1975 cover date. (See above.) There we can see a corporate history being spelled out, and with it an insistence that DC Comics didn’t simply understand the comics buyers of America, but knew exactly how their tastes were going to develop. It was a strange potted chronicle, to say the least, and appeared to contain several nods, at the very least, to the achievements and taste of DC’s then-publisher Carmine Infantino. How else to explain the presence of Deadman in the advert’s first section, a minor-league, if fan-beloved, character co-created by Infantino in the late 60s who carried no commercial momentum with him at all. Boston Brand was a fan-beloved character whose first run of adventures had been of no little quality. But that was a long time ago.

The advert’s three-stage history of DC Comics confused rather than illuminated. Some of that was in the details. Why, then, was The Spectre in the middle section? Hadn’t he been invented as a superhero in the 40s, and why would he be referred to in a company-boosting ad of the mid-70s when his strip had been cancelled the year before? Similarly, why was Swamp Thing there, when his title had but three issues to run, or the Phantom Stranger, whose comic was doomed to a similar fate? What was the success that DC was selling here, and how was this all expected to convince and enthuse an audience that, more and more, was composed of fans rather than casual readers? What did it say, to insist that DC was producing ‘top quality mystery titles’, when many of the very same were about to be cancelled?

And was the history of DC really about distinct, discrete waves of genre-types as described here? And even if it was, could “fantasy” really be the company’s future? The advert was unconditional in its insistence that that was so. As such, it was an example of corporate promotion to match that of Atlas at its most bull-headed and misguided.

Of the characters being so strongly touted as the future of DC Comics, only one would achieve any kind of commercial success for the company. With no little irony, that was Mike Grell’s Warlord, which was, as with so many titles alluded to in the advert above, soon to be cancelled by Carmine Infantino. When he was replaced as DC’s publisher by Jeanette Khan in the January of 1976, she expressed surprise at Warlord’s fate and made it plain that the comic should be uncancelled. It proved to be a shrewd decision, and one which threw a light on the capriciousness of some of the business moves that occured prior to her arrival. Baffling, helter-skelter markets tend to produce baffling, helter-skelter decision making, and the axeing of Warlord after just two published issues was hardly a vote of confidence in DC’s faith in its “All-New Adventure” line. Yet Warlord would survive for another 13 years, becoming a monthly in 1979 and staying so until right before its demise.

But what of the other characters in the advert? Tor and Beowulf lasted but 6 issues and were dead in the water within a year. Kong and Stalker didn’t even make it that far, barely limping into 1976 before expiring. Claw made it to a dozen editions, disappearing for the whole of 1977 and returning for a brief run of 4 comics before being cancelled. As for Justice Inc, it’s a mystery why the property was even in the advert in the first place. A revival of the 1939-43 Pulp crimefighter The Avenger, the comic was clearly nothing to do with ‘Fantasy’ as comics fans understood the genre. All publicity not being good publicity, it was a strange inclusion that only served to suggest that the company didn’t understand the world-view of its own readers. It certainly didn’t help Justice Inc ride the coat-rails of a popular wave of fantasy books. Beyond Conan, and a few of the character’s associated properties, there was no such wave. (It’s something I discussed when looking at Iron Jaw, so I sheer off from doing so again.)

Mud against the wall they might have in effect been in corporate terms, but there were aspects of DC’s brief-lived Adventure/Fantasy line to enjoy and perhaps, for those of a mind, to feel inspired by. There was art to luxuriate in, even if it often lacked the sense of the contemporary that was being hard-baked into superhero-centric tastes by the likes of Adams and Buscema Snr and their hiers. Alfredo Alcala on Kong The Untamed: Ditko and Wood, having left behind Atlas’ Destructor, on Stalker: Joe Kubert on Tor: these remain beguilingly-illustrated titles which typically bear competent, if rarely inspirational, plotting and scripting. (They felt, in truth, like yesterday’s comics, lacking anything of the Marvelised qualities that Roy Thomas had so effectively succeeded in adding to the pages of Conan The Barbarian.) And to those DC Comics, we might add, as a precursor and fellow, Atlas’ Wulf The Barbarian, which appeared in the company’s second weekly wave of colour comics in November 1974. It’s kinship to the later DC line of Adventure/Fantasy comics now seems remarkable, and its failure suggests that DC was paying little more attention to the marketplace as it functioned in fact than Atlas had.

to be continued tomorrow, for the penultimate installment in these 31 Days Of Atlas posts …