According to the invaluable Mike’s Newsstand, Movie Monsters #1, the very first release from Seaboard/Atlas, was propelled into the comics marketplace on November 15th 1974. It was, to say the least, an odd choice with which to kick off the Goodman’s new venture. Within its covers, no mention of the company’s coming products awaited the presumably intrigued new reader: no adverts, no pin-ups, no editorial pages with descriptions of soon-arriving attractions and carnival barker promises. Even the fact that the launch issue of Atlas’ horror magazine Weird Tales Of The Macabre, with its six black-and-white comics tales, would be appearing just a week after Movie Monsters didn’t rate a mention. To all but the tiny number of readers with access to the fandom of the time, the magazine was a stand-alone title. Indeed, it didn’t once mention comicbooks of any kind. As such, the first issue of Movie Monsters couldn’t possibly serve as an advert for any title from Seaboard/Atlas but itself.

Instead, Movie Monsters #1 was a magazine that was quite clearly and deliberately launched in the slipstream of the long-established ur-text of genre film/fiction writing, Famous Monsters Of Filmland. In a world in which tales of the fantastical were not only frequently hard to access, but also generally regarded with at best bemused contempt, FMoF, from Warren Publishing, had, for 16 years, provided fans with images and facts that would otherwise have been exceedingly hard to access. In form and content, Movie Monsters was no more or less than a bottom-feeding attempt to muscle in on a relatively small niche of readers, with its contents kept as basic and unadventurous as possible. Where the Warren title had long incorporated attention to the likes of the pulps and comic strips, Movie Monsters stayed firmly focused on the big and, to a lesser degree, small screen.

But why did Seaboard/Atlas begin here? Was the material already, at least in part, in hand, and shovelled out for want of wasting it? Were the Goodmans keen to as-quickly-as-possible establish their serious intentions with distributors and newsagents? Did the prospect of generating a dollar or two of profit to help finance their new venture’s growing pains triumph over a more seemingly rational approach? It’s undeniable that leaping, no matter how belatedly, upon bandwagons had always been Goodman Snr’s commercial modius operandi, and he’d invested in any number of non-comics print ventures over the past three and more decades, from “men’s magazines” to adventure pulps and humour titles. Played with forethought and care, the launch of the line with Movie Monsters could have proved a canny strategy. Common sense insists that there was an undoubted overlap between comics and genre film/fiction fans, and Marvel, for one, was then-attempting to exploit that very nexus with its 1973-launched line of horror and barbarian magazines. Yet if a new publisher’s first step is of vital importance, and it surely is, then releasing a title so disconnected from the rest of the company’s coming books was at best a momentum-slowing misstep. To attempt to appropriate Famous Monsters Of Filmland’s basic template without incorporating anything of the comic material that FMoF had featured since the mid-60s suggests that penny-pinching and heedlessness were already blunting the company’s commercial calculations.

So what was it that was expected to sell Movie Monsters, beyond its resemblance to a well-established and line-leading competitor? It’s certainly hard to believe that the magazine’s articles – see the scan above – could have proved to be in any way a decisive draw to a substantial audience. If nothing else, the prose features in Movie Monsters powerfully underscore how the general standard of writing in genre publications has improved enormously. For at the remove of some 45 years, it’s hard not to shudder at lines as jejune as “It was not uncommon to see Kirk, and the rest, battling all kinds of weirdoes”, or at critical judgements as brief and unnuanced as “Trog … This terrible film … It was pure trash!”, or at exclamation-splattered plot summaries such as “Upon reviving, the Count satisfies his thirst upon Helen! This completes her change from a repressed woman into a wild vampire!”. With its slog of mediocre, attention-numbing writing lit up only by the distraction offered by exceptionally poor passages, it can at times be hard to decide whether Movie Monsters was being written for or by children. (FMoF was most certainly targeted at teens, but MM regularly feels as if it’s aimed at older prepubescents.) The suspicion that the quality of the writing may have been cruelly affected by demanding deadlines and wretched page rates is impossible to dismiss. Yet the work itself, thin and flat as it often is, insists that Movie Monsters was extremely fortunate to survive to four issues before being cancelled. 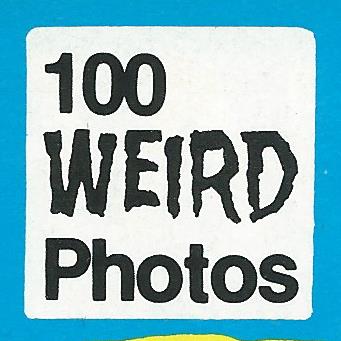 Yet it’s hard to recall, from the vantage point of familiarity with the technological wonders and dystopian politics of 2019, just how frustrating it could be to be, for want of a better word, a geek in the long decades prior to the digital age’s full onslaught. To have little or no access to even relatively recent movies and TV shows, or even summaries and stills. To have so little literature to refer to, and for the vast majority of it to be so hard to read, let alone acquire. To have to struggle to track down and gain entry to any nascent form of fandom. To be prevented by circumstance from enjoying and sharing and celebrating the very beloved fictions that society evidently believed were shameful and worthy of suppression. Whatever else Movie Monsters was, it did deliver a dense mass of genre reading material along with “100 weird photos”, few of which would have been easily accessible before. In short, and there are many circumstances where this is no small blessing, it might just have been considerably better than nothing at all. Just to see full-page shots of the monstrous Gorgo, or Christopher Lee as Kharis, the High Prince of Karnak, must have felt like a wonder to more than a few isolated would-be fans. So too, no matter the form they were delivered in, the (very) basic introductions to the likes of Sword’n’Sandels movies or Star Trek could be, for all their faults, the first vital steps in genre self-education. Today, Movie Monsters reads like the regrettable product of sweatshop publishing. Yet the promise on its very first cover of “100 weird photos” also suggests that it might have been a doorway to life-affirmingly fantastical universes too.

For me, it’s both a profoundly mediocre magazine and a wasted commercial opportunity. But I can readily imagine how a grateful and nostalgic heart might jump at the sight of that Greg Theakson cover, and how fondly the pages behind it might be perused by somebody who’d encountered Movie Monsters #1 at just the right moment in the mid-70s, by somebody for whom it had served as both gateway drug and, wonderfully, gateway too 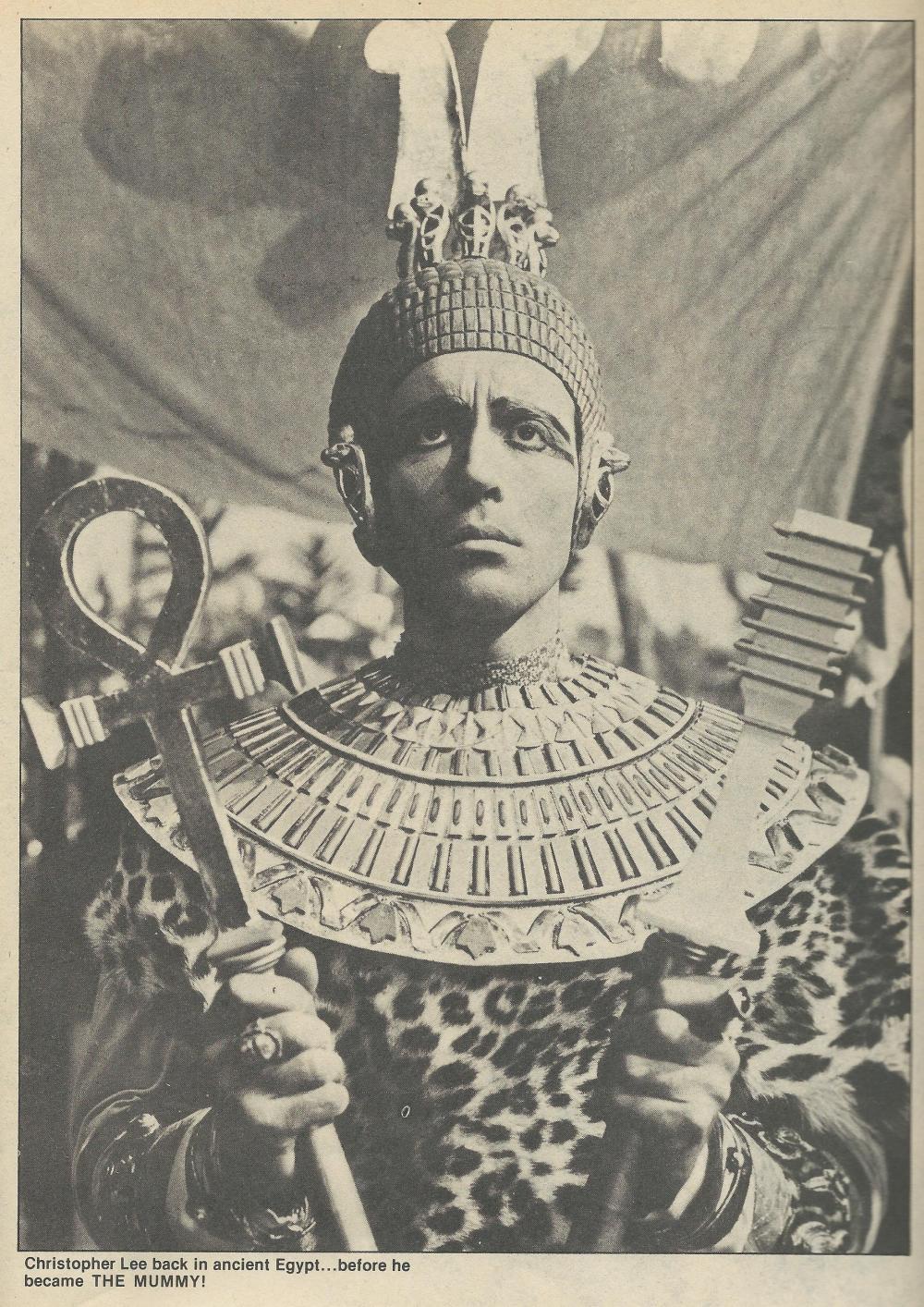