Whatever I’m reading recently, I seem to be stumbling over the presence of Richard Milhous Nixon. So for the last of this week’s galleries, I’ve posted just a few of the many comicbook representations of one of America’s most – shall we say? – fascinating Presidents. 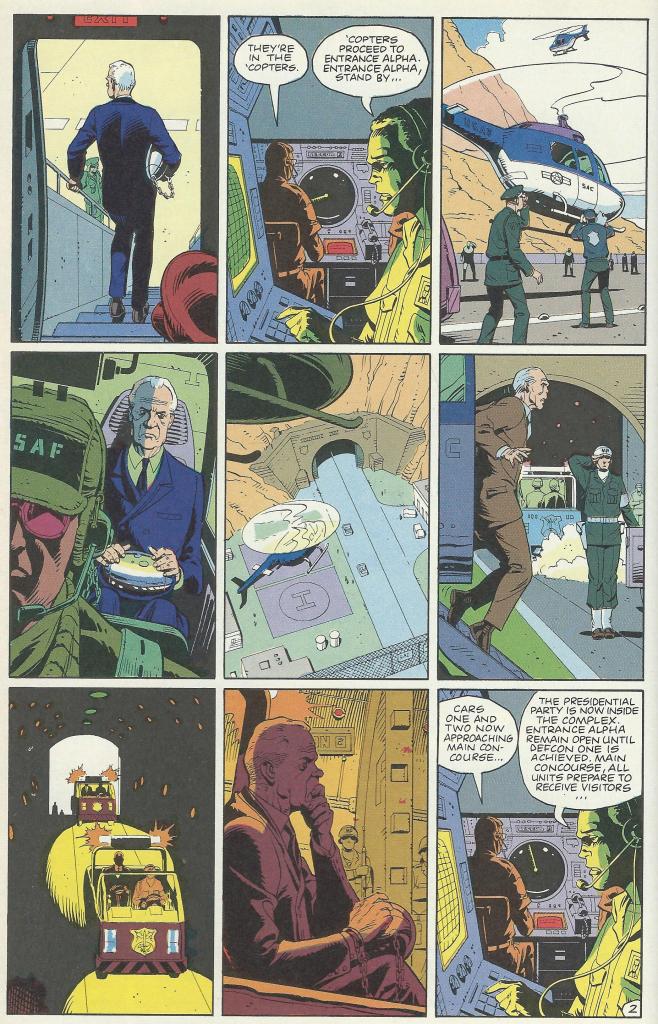 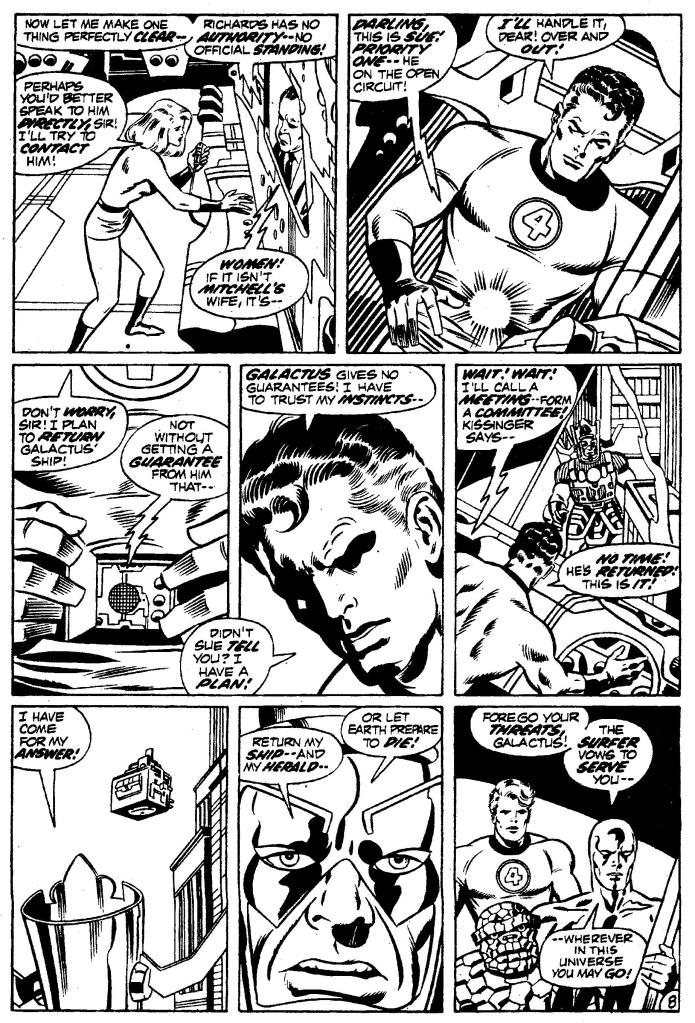 2. from 1972’s Fantastic Four #123, by Stan Lee, John Buscema, Joe Sinnott & John Costa. This page is one of three featuring Nixon in the comic, and it’s the one in which he’s depicted in the least eye-catching fashion. As a result, scans of other pages from the issue featuring the then-President are far more likely to be found on the net. Yet I enjoy the way that Lee captured here something of Nixon’s casual brutality and misogyny, although, given the sexism expressed in so much of the former’s work, it’s hard not to wonder whether Lee wasn’t actually lending his take of Nixon a smattering of supposedly playful banter. Whatever, the script elsewhere suggests that Lee didn’t think much of Nixon at all, or at the very least, didn’t want to advertise any positive opinions that he might have. (This B&W scan comes from 2007’s Marvel Essentials: The Fantastic Four vol. 6. 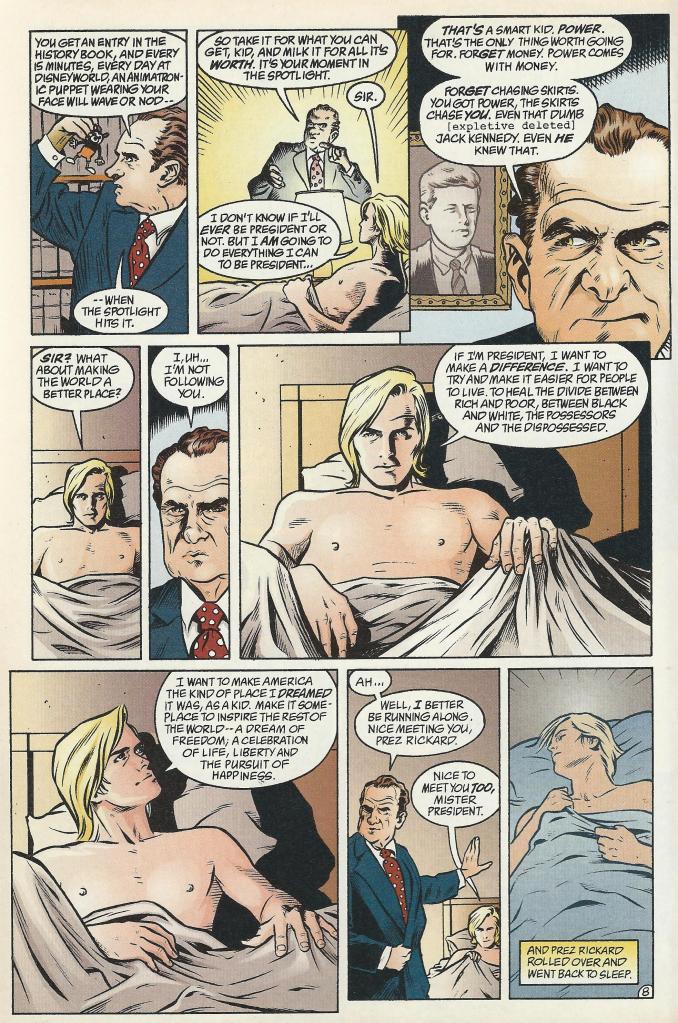 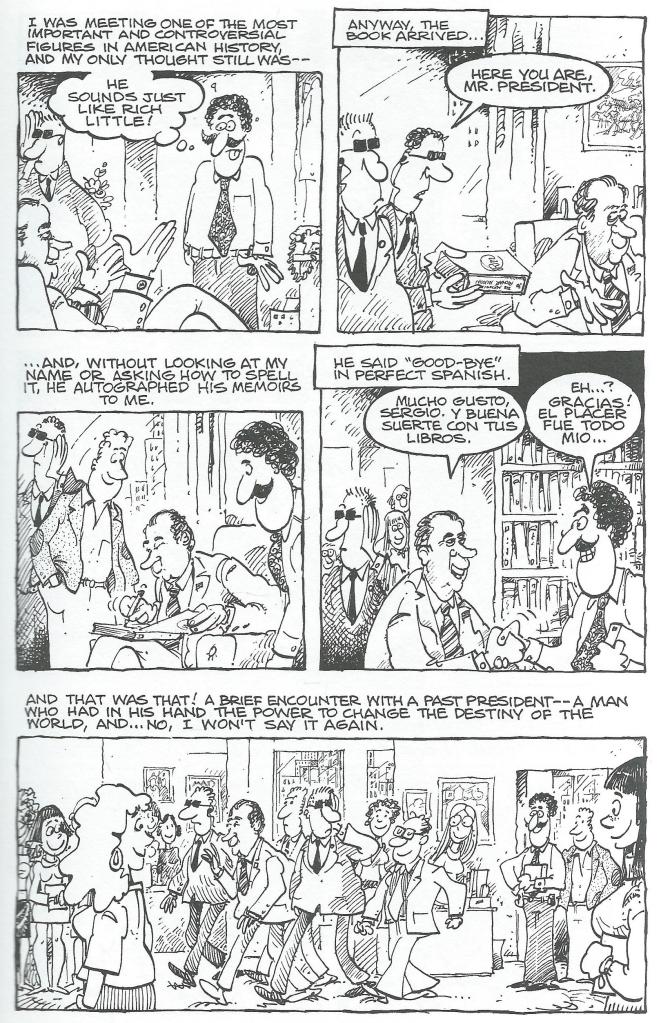 4. from 2003’s Autobiographix, “The Time I Met Richard Nixon” by Sergio Aragones. 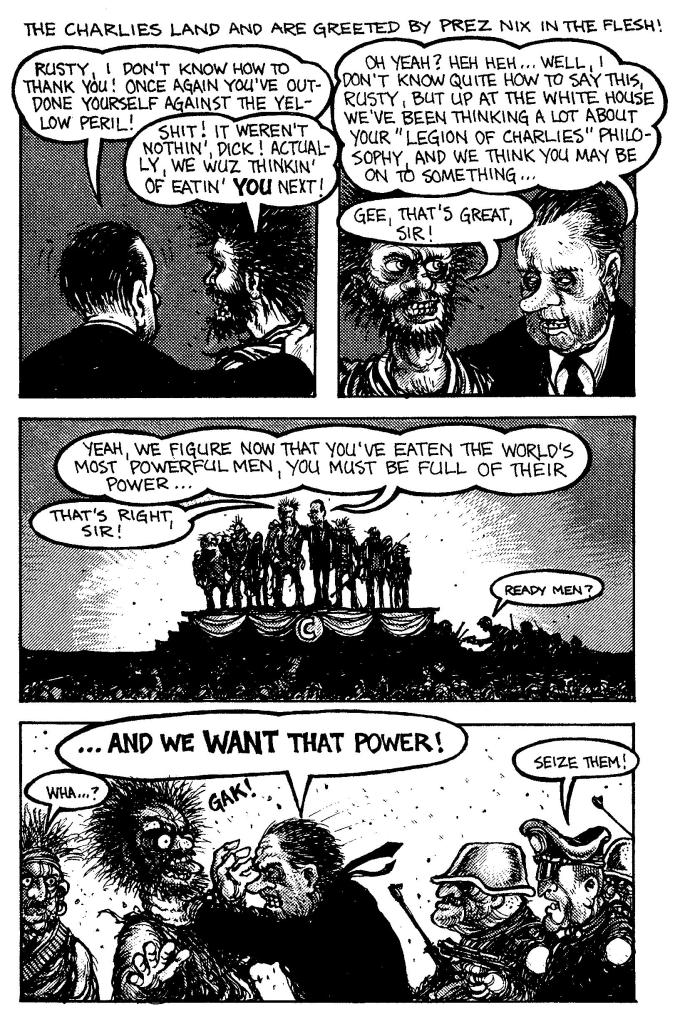 You can, if you’d choose, access other galleries here at Them Darned Superpeople, here.