The last piece I posted here concerned the way in which the storytelling in Saga, Unfollow and God Country put the weather to use. Or, as the case may be, didn’t. (Should you be of a mind, that blog can be found here.) Which got me thinking about the ways in which other comics have done the same.  It’s an impossibly broad topic, of course, so I narrowed matters down to representations of rainfall and spent an enjoyable few hours browsing a shelf or three of comics in search of some beguiling, varied examples. Hopefully, what follows will, at the very least, make for an interesting diversion. 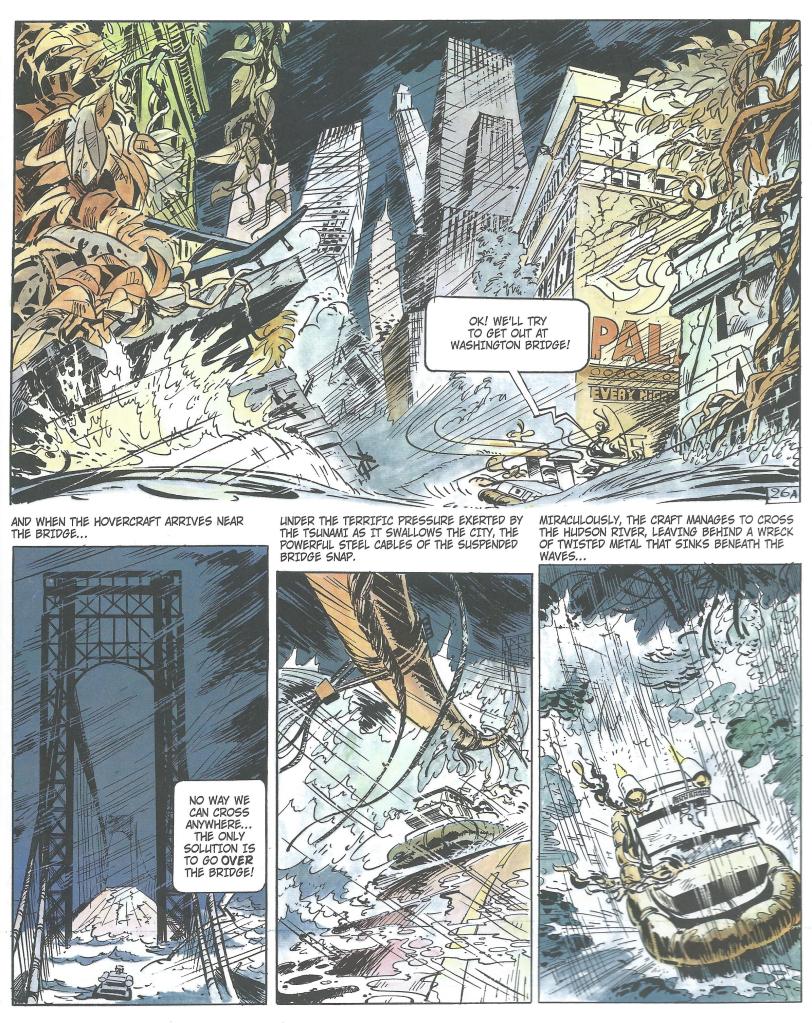 3. From Zenith: Book Four, by Grant Morrison & Steve Yeowell, as first collected in 1990. 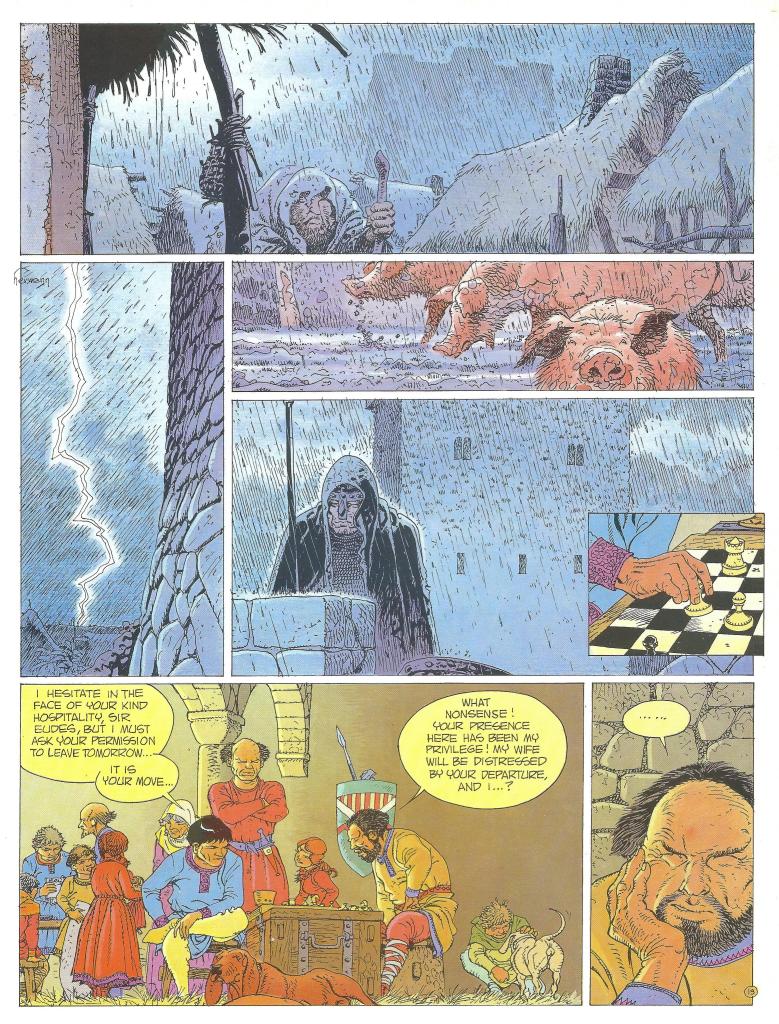 6. From A Drifting Life, by Yoshihiro Tatsumi with translator Adrian Tomine, as published in English by Drawn & Quaterly in 2009.

8. From Lone Wolf And Cub: The Assasin’s Road, by Kuzuo Koike & Goseki Kojima, as reprinted, with Dana Lewis’s English translation, in 2000.

10. From Herge’s The Adventures Of Tintin: The Broken Ear, as translated by Leslie Lonsdale-Cooper & Michael Turner, as first published in English in 1975. 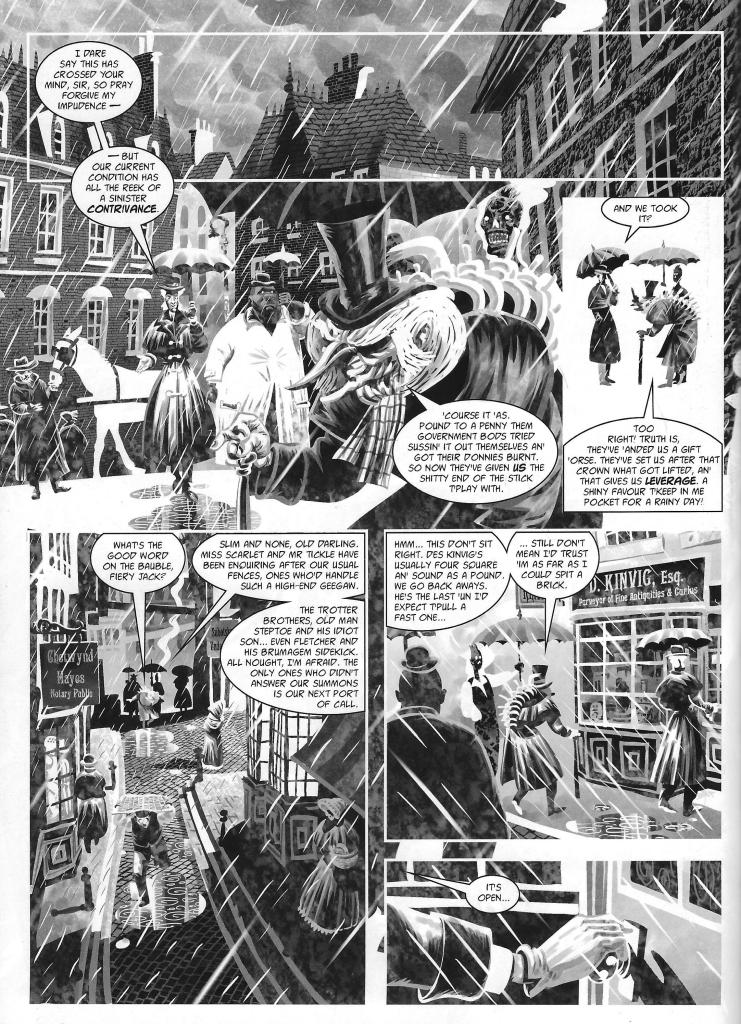 12. From Stickleback: England’s Glory, by Ian Edginton & D’Israeli, as first collected in 2008. 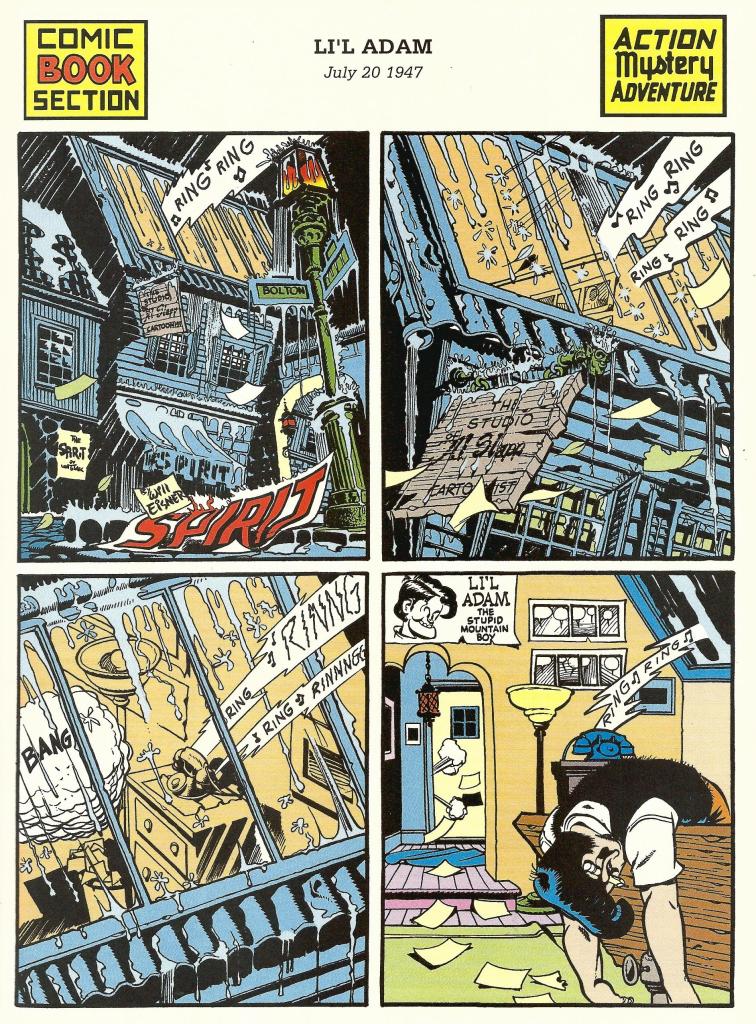 A second 15-strong selection of rain-splattered comics pages can be found here at Them Darned Superpeople, while the third and final gallery is here.

6 thoughts on “From Hawkeye to Watchmen, Asterix to Annie: Great Rain-Splattered Comics Pages (Part 1 of 3)”